For the double race of FIA FormulaE in Berlin, FIA used the most advanced CDS Drones Live Broadcast Setup to produce high-end live content for their international TV Live-Streams.

The CDS Broadcast drones are capable of flying high speeds (over 100kph) whilst having a flight time of more than 15min. With our battery quick change system the drone pit-stop takes less than 90Sec..
With this very special setup we have Broadcast video link on board which is able to sent directly to the SNG/Broadcaster in a bandwith of 2, 3 or 7GHz in 1080p 25 or 1080i 50. With the telemetry module included the broadcaster is able to change the camera settings like Iris, focus, colors, etc. instantly from the directors place, SNG or wherever they wanna have things set up, via remote control.

Besides the Broadcast RF-Modul and the remote controllable camera CDS Drones uses a parallel latency free video link onboard besides a live recording module in the drone and in our DroneShuttle ground station. With this the client has a multiple redundancy in our CDS Drone system itself besides having his own rock solid connection to the camera for the live stream. 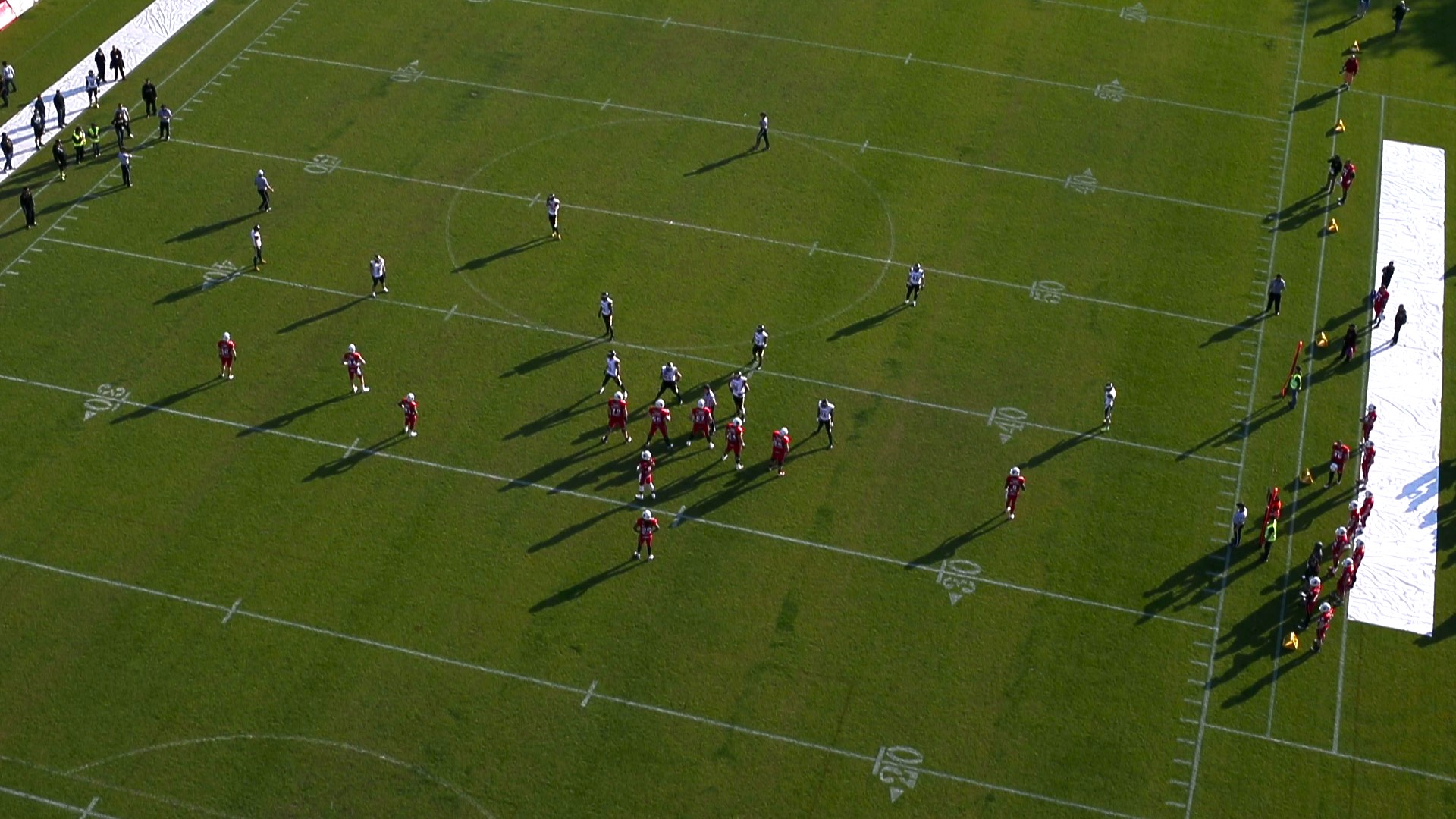 For the final match of the German Football League CDS was the flying live camera for the TV/Online stream of the league. With our latency free 1080p video downlink we had been able to provide the video walls in the stadium as well as the tv/online feed with live pictures from our drone systems. The commentators of the show had been able to comment on strategies the teams used and explain it to the audience from perspectives the never had before. The finals took place in the Poststadium of Berlin, which is located in the highly restricted flying zone of 1NM (nautical mile) around the Reichstag and the governmental district. Because of our reliable, redundant systems as well as of our big experience besides our good contacts to the german authorities, CDS – Camera Drone Services, made it happen to fly in and above a stadium inside this highly restricted zone.