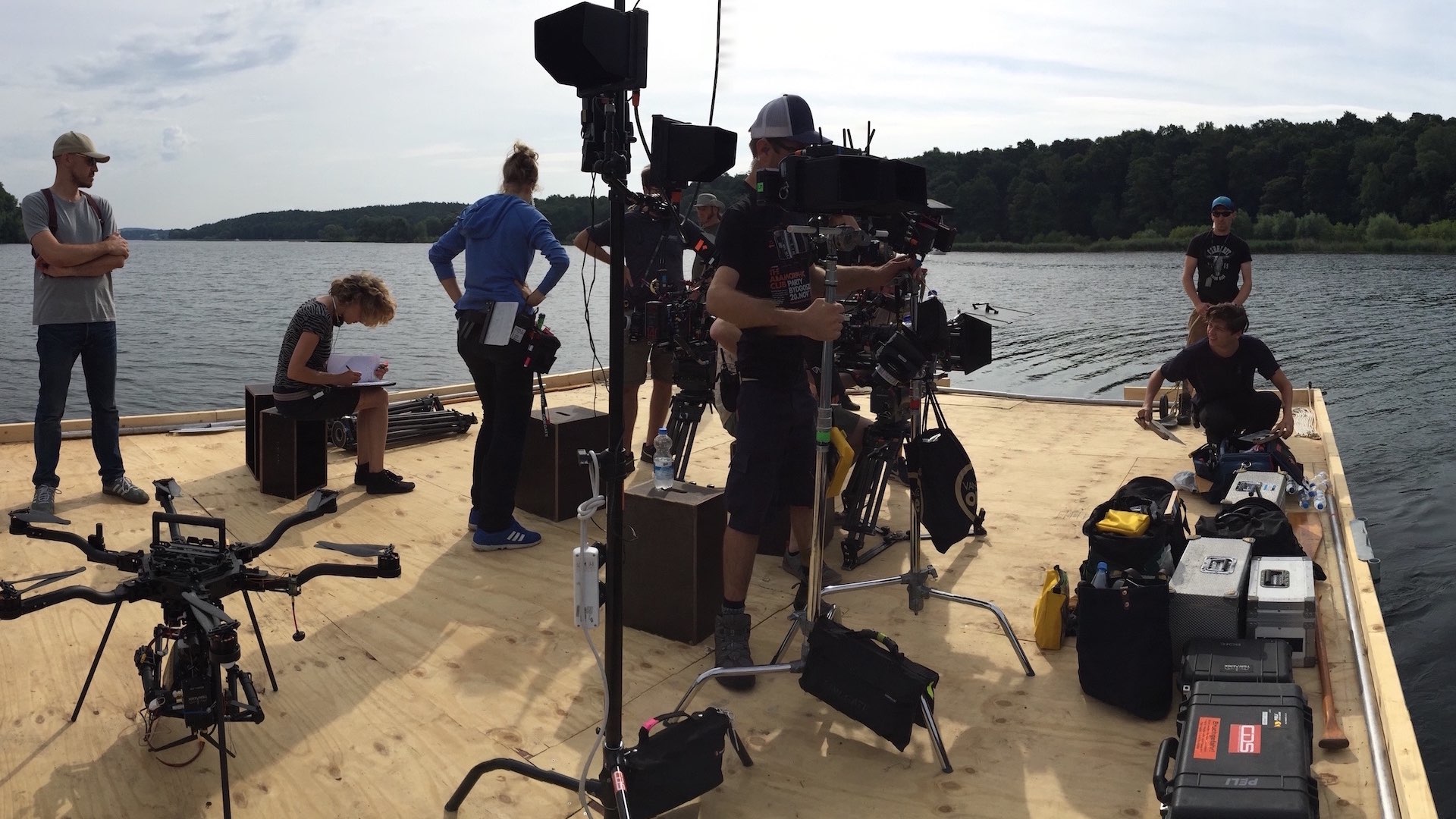 The Warner Bros., Barefootfilms and Producers at Work – Production Conni&Co. 2, directed by Til Schweiger, is the follow up of the Feature Film “Conni&Co.” that just started in cinemas with his daughter Emma Schweiger in the main cast.
Luckyly we had been able to show what´s possible with a professional drone system and an experienced team. So after we shot the pretty common establishing shoots as well as the VFX shoots we had been the third, the flying camera, on set for all other shots as well.
We did all that with our drones, what you would usually need a crane or a dolly for.
Most of the time we had to fly over water whilst chasing boats or pretending like a boat with a big crane rigged on it.
The starting and landing spots had also been on a shaky boat or on a raft.
Thanks to our reliable CDS-Dronesystems and our experienced team, we got more great content produced than originally requested which will also be used in the final movie.