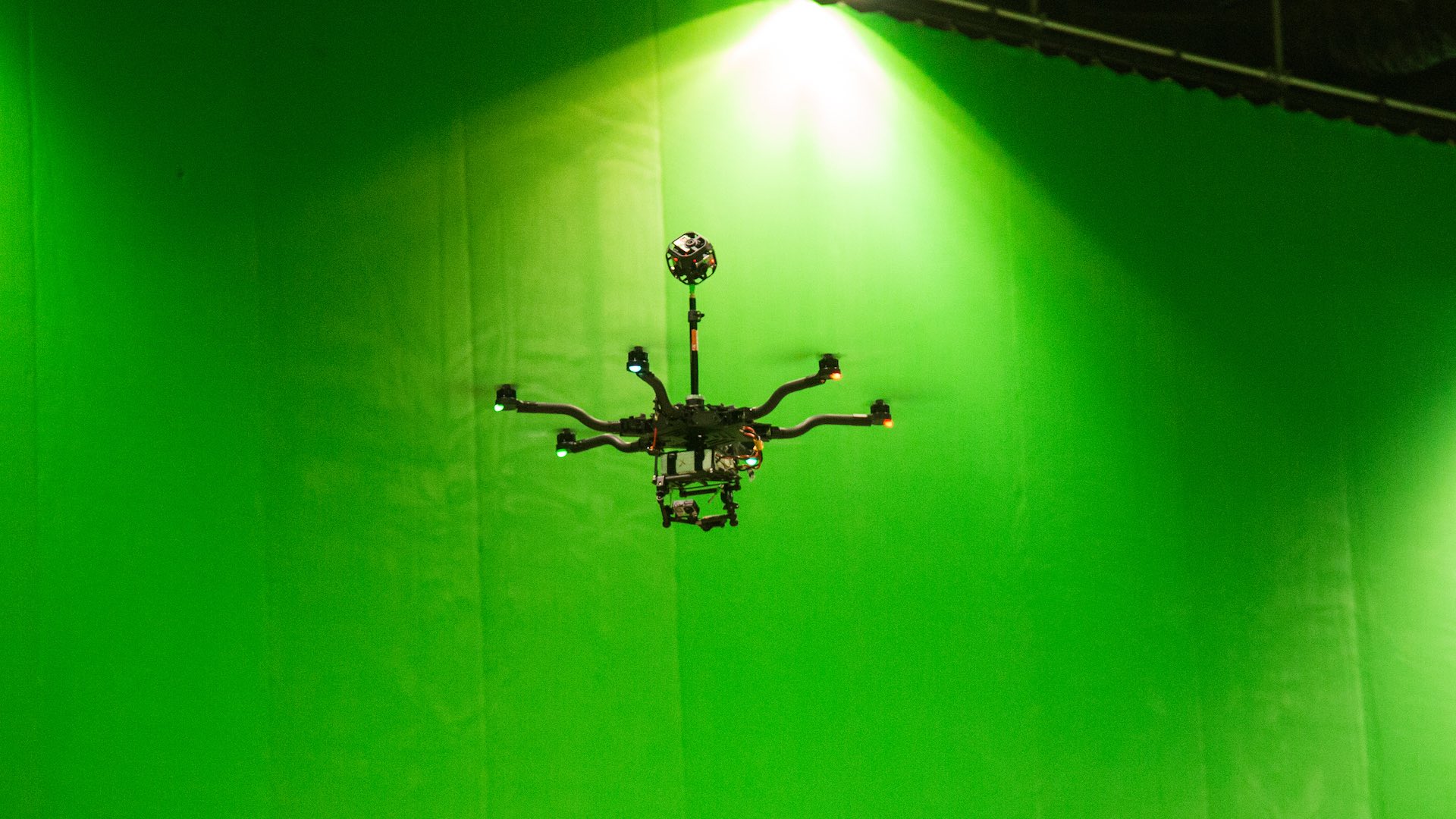 For the 30 Mio.€ budgeted German production `Jim Knopf´ (Jim Button & Luke The Engine Driver) produced by Rat Pack in Co-Production with Warner Bros. and Malao Film, Camera Drone Services had been responsible for the coverage of the studio set ups at Studio Babelsberg (indoor/outdoor) with our Virtual Reality / 360° Systems.

It was very special to fly the drone, with our 360°-Rig mounted either on top or below the drone, through small caves, in big green screen studios like in the Marlene Dietrich Halle as well a flying through a small train tunnel and rafters of a Chinese tempel.
Besides a very stable drone rig it´s very important to have flying skills that allows you to hide or stand in places on set to fly the drone, where the camera/viewer isn´t able to see you instantly in the final clip, because the 360° camera System captures everything around it.